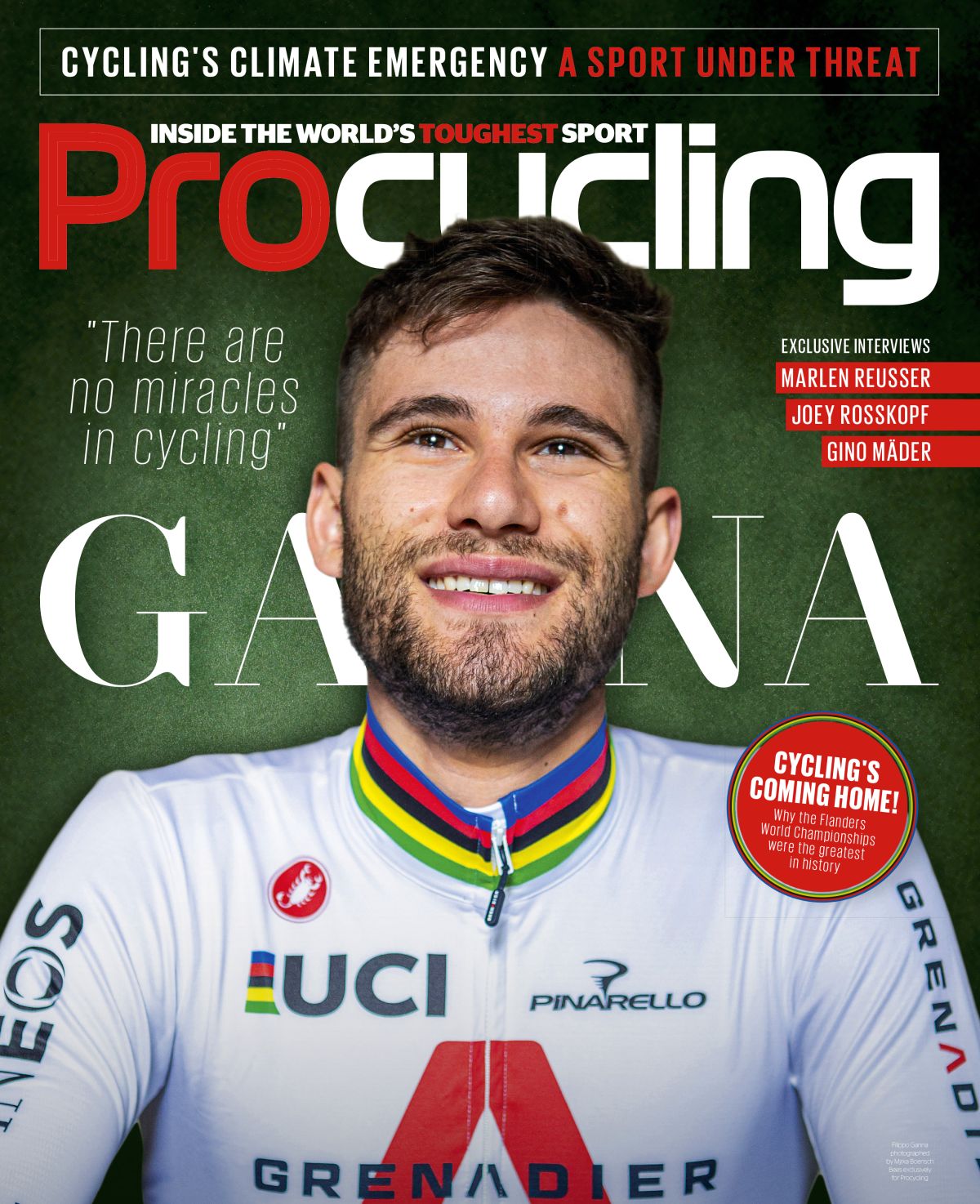 The best rider in the world is a question that is constantly debated, but for the most powerful rider there is only one option. Filippo Ganna. The Italian time trial specialist has dominated time trial races for the past two years, winning two world championship titles and an Olympic track gold medal. Talk to Procycling in an exclusive interview, the Ineos Grenadiers rider explained how he puts himself in the right frame of mind, his shortcomings as a rider and the potential for an hour-long record attempt.

He is so powerful that he sometimes seems violent. However, he explained to Herbie Sykes, “It might sound like that, but it’s not really violence per se. In fact, for the most part, it is restraint. It may seem violent because the effort is intense, and it is true that an event like the team pursuit is explosive by nature.

“However, to have a good time trial on the road you have to be clear-headed and very focused on what you are doing. In some ways it’s the opposite of violence, because as you progress you start to understand that a good time trial is as much about what you hold back as what you put on.

In this month’s magazine, Gino Mäder is also featured by Kate Wagner. Bahrain rider Victorious had an exceptional season, winning stages in the Giro d’Italia and the Tour de Suisse before finishing best youngster and fifth overall in the Vuelta a España. In an article that follows the Swiss rider through the Vuelta, Mäder explained how the best day of his life is unlikely to happen on the bike, his chances of winning the white jersey and how he learned to put his fame to good use. .

There’s also the final installment in our State of the Nation feature film series, which ends with the craziest cycling country of all, Belgium. Ann Braeckman takes stock of sport in Flanders and Wallonia, where he occupies slightly different positions, and in women’s and men’s cycling.

She writes: “There are big projects at the regional level. Even Belgian Cycling, the umbrella body, gets involved. At the Junior World Championships in Flanders, the federation is fully committed to gender equality.

Back in Belgium, the world championships were held there and Kate Wagner was there to attend a cycling festival, and some of the best races for the rainbow bands there has ever been.

She wrote from Louvain: “This is what we watch bike races for: the chaos, the ride or die attitude, the unpredictability, the all-day celebration of being on the sidelines. Even though Belgium lost, the races they organized were almost legendary in the joy they created and the memories they created. Many runners felt that the crowds alone made up for the bad days. “

Climate change is the greatest challenge of our time, this century and the world. In a lengthy survey, Richard Abraham asks when sport will take responsibility for its enormous environmental impact and if it can survive a rapidly changing world.

He writes: “Professional cycling’s own footprint may be small; that of its sponsors is vast. It’s the elephant’s dirty footprint in the room. Three of WorldTour’s largest teams are sponsored by sovereign wealth funds, with these funds primarily invested in fossil fuels. “

There is also an interview with Marlen Reusser, the Swiss time trial specialist who really broke through this year. She said: “When I watch the whole season I’m more than happy. It’s crazy, it’s like a dream. I wouldn’t change for a second, I’m so happy.

Joey Rosskopf also addresses Procycling, with the US National Champion reflecting on his life and how to make the most of his abilities as a cycle. He told Adam Becket: “Next year has a lot to do just because I want to show myself that I can meet my own expectations. All year round I felt I should climb better and do the time trial so I would be a lot happier with myself in the sport if I could reaffirm some things. There is a level to which I want to return.

There’s also all the regular features, including this month’s retro, which takes a look at Bjarne Riis’ problematic legacy.

Pro-cycling magazine: the best writing and interior photography of the world’s toughest sport. Get your copy now at all good newsagents and supermarkets, or take out a Procycling subscription.