A coalition of Oregonians want to get the decade-long state redistribution process out of the hands of lawmakers who they say are too biased to complete the job in a way that puts voters first.

For the second consecutive cycle of general elections, the People Not Politicians campaign is launching an initiative petition to ask voters in Oregon: Would you rather see legislative and congressional maps drawn by an independent commission made up of Ordinary Oregonians?

It’s a proposal the state has seen before, but supporters of this year’s initiative are hoping the dysfunctional lawmakers displayed in Salem last month will spark renewed interest in exploring a different option.

The idea is to create a panel of 12 members from all political backgrounds. The plan would include four Democrats, four Republicans, and four third-party or unaffiliated voters.

To apply, one would need to meet certain criteria such as being a registered voter in Oregon, not holding an elected or appointed office, and not being a lobbyist. The commission would seek to be representative of the state’s gender, racial, ethnic and geographic diversity.

The independent group would be tasked with following state law and meeting certain criteria to be transparent and objective when developing new policy lines, a process that takes place every 10 years after the last U.S. census. If commission members cannot agree on new districts, the process would fall to the Oregon Supreme Court.

If the initiative garners enough support to run in the November 2022 poll and then is approved by voters, supporters would aim for the commission to redraw the cards within the next two years for an interim redistribution effort. That would mean card lawmakers who just finished the design could potentially only last two to three years at most.

Oregonians who paid attention to the recent redistribution effort in Salem know the current process is far from perfect.

Stuck in political controversy from the start, Democrats in charge of both legislative chambers fought with Republicans until the 11th hour to get their cards approved.

Over the past 110 years, lawmakers have failed to pass cards that have not been challenged in court or vetoed twice.

This year, Republicans felt the Democrats’ proposals were onerous in promoting not only the creation of more solidly blue districts, but also the protection of incumbents. Democrats say it does not, citing Oregon law as the guiding principles by which they have drawn new “fair and representative” state and federal districts.

But the special session called to complete the process got off to a rocky start last month when House Speaker Tina Kotek, a Democrat from Portland, withdrew from a deal to share power with Republicans in the House. ‘a crucial redistribution committee.

A positive case of COVID-19 on Capitol Hill forced a delay of just two days in what was to be a one-week session. After a three-day hiatus, Republicans refused to run after being called back to Salem on a Saturday morning, boycotting the cards Democrats were trying to pass.

The boycott led to some sort of compromise on a new congressional map that made slight concessions by redesigning a few districts that weren’t as deeply Democratic as the previous iteration. Republicans showed up the following Monday, voiced their concerns in the House, but inevitably granted a two-thirds quorum for a vote to be held and the cards to be passed.

The result was a legislative card that will likely maintain Democratic dominance in Salem, and a congressional card that will likely lead to a 5-1 split in the US House seats in Oregon. Oregon has received an additional seat in the House due to the most recent U.S. census, and that district could be a political upheaval.

The political fallout from a broken agreement between Kotek and Republican leader Christine Drazan could have lasting effects on the institution; this could lead to an even deeper divide between two parties whose agendas in recent years have rarely overlapped.

Norman Turrill, a Portland resident and longtime staff member of the League of Women Voters, is the lead petitioner behind the initiative, which has been handed over to the office of Oregon Secretary of State Shemia Fagan, end of September.

Turrill and his camp are currently collecting the 1,000 sponsorship signatures needed to secure a new tentative voting title – a brief, official explanation of the initiative’s purpose – from Fagan’s office.

Once these initial signatures have been collected and verified, the campaign will then have to collect 149,360 signatures, or 8% of the votes cast in the previous election for governor. If those

Turill said he continues to push for an independent redistribution commission because he believes lawmakers have an inherent bias when it comes to drawing maps.

“They have an inherent conflict of interest, whether it’s over their own districts or their political party,” Turrill said. “We don’t even think the legislature is fully representative of the voters. Voters are now 40% non-Republicans or Democrats. “

According to Miller, it should come as no surprise that when either party controls the legislature – whether in Oregon or elsewhere – they use that advantage to preserve their control.

“I don’t expect the Oregon Democratic Party not to use the process as it exists for the benefit of the Democratic Party,” Miller told OPB in August. “And neither do the Republicans. If they were in the majority, they would do the same, and they know it.

Miller said he supported the efforts of the People Not Politicians campaign to gain the initiative in the November 2020 ballot. That effort failed to garner the required 150,000 signatures on time.

The group has filed a federal complaint saying it faces severe restrictions on obtaining necessary signatures as the COVID-19 pandemic has forced many events and businesses to shut down, in turn violating the rights of supporters of s ” engage in the political process.

A U.S. District Court judge accepted and set a lower threshold of 58,789 signatures, which the group was able to meet, but the U.S. Supreme Court suspended that order and the time allotted to their efforts was exhausted.

Now Turrill and the People Not Politicians campaign will attempt to pose the question to the Oregonians again, this time with a spike fueled by political unrest in Salem – making many observers wonder if there is a better way.

The idea is by no means new. At least seven states – including California and Washington – have already passed laws implementing similar commissions with varying numbers of non-political members to handle the redistribution.

But Democrats who led the process in Oregon this year say there are also flaws in allowing an independent commission to take over.

Rep. Andrea Salinas, D-Lake Oswego, served as co-chair, and ultimately chair, of the House Redistribution Committee. She said she doubted the “independence” of a commission convened to complete the redistribution process.

“I don’t believe anyone can come to this table without bias in one way or another,” she said. “California set up this commission, it’s this huge bureaucracy where even they are deadlocked. The same goes for Washington and Michigan.

Salinas also said she was concerned about what the candidate pool might look like and if that would truly reflect the diversity of Oregon’s communities. Also that the long hours and arduous schedule could prevent some Oregonians from taking advantage of this civic opportunity, leading to a very select group participating in the process.

“These people would not be accountable to anyone,” Salinas said. “Legislators actually need to go back to their districts. “

Turrill disagrees, saying that by putting the process in the hands of ordinary people without any vested interest in the outcome, the commission will be able to come to an easier agreement.

Turrill also said he’s not worried that Oregon is running out of candidates from all walks of life: political ideology, economic class, sexual orientation, race and any other demographic factor.

More than 760 Oregon residents have applied to join an advisory commission Fagan was setting up in preparation in case the legislature failed to pass new maps. If this had happened, the responsibility of drawing new legislative maps would have fallen to him.

Turrill said that if the opportunity presented itself, Oregonians would jump at the chance to vote for the initiative and participate in its training.

“I’m pretty confident that once he’s on the ballot, voters in Oregon will readily agree to see what happens in the legislature,” he said.

Republican lawmakers have also shown support for the idea recently.

Drazan actually introduced his own version of an independent redistribution commission – House of Commons Resolution 7 – earlier this year in the regular legislative session.

HJR 7 reportedly sent voters back to a proposed amendment to the Oregon constitution establishing a Citizen Redistribution Commission. The measure was never considered and remained in committee when the legislature was adjourned at the end of June.

“I know my interest when I looked at (a redistribution commission) as an option here in Oregon, is to take this really important process of defining these political maps out of the hands of those in power,” and take it away from those directly affected by these decisions, ”said Drazan. “What the public needs, what they deserve, is for political lines to be drawn in a way that serves them.”

According to Turrill, the People Not Politicians campaign plans to collect and submit their 1,000 initial sponsorship signatures over the coming week so that they can receive a draft ballot paper and start the work of raising support for their vote again. proposal. 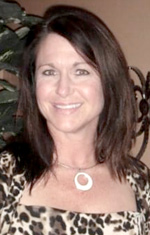