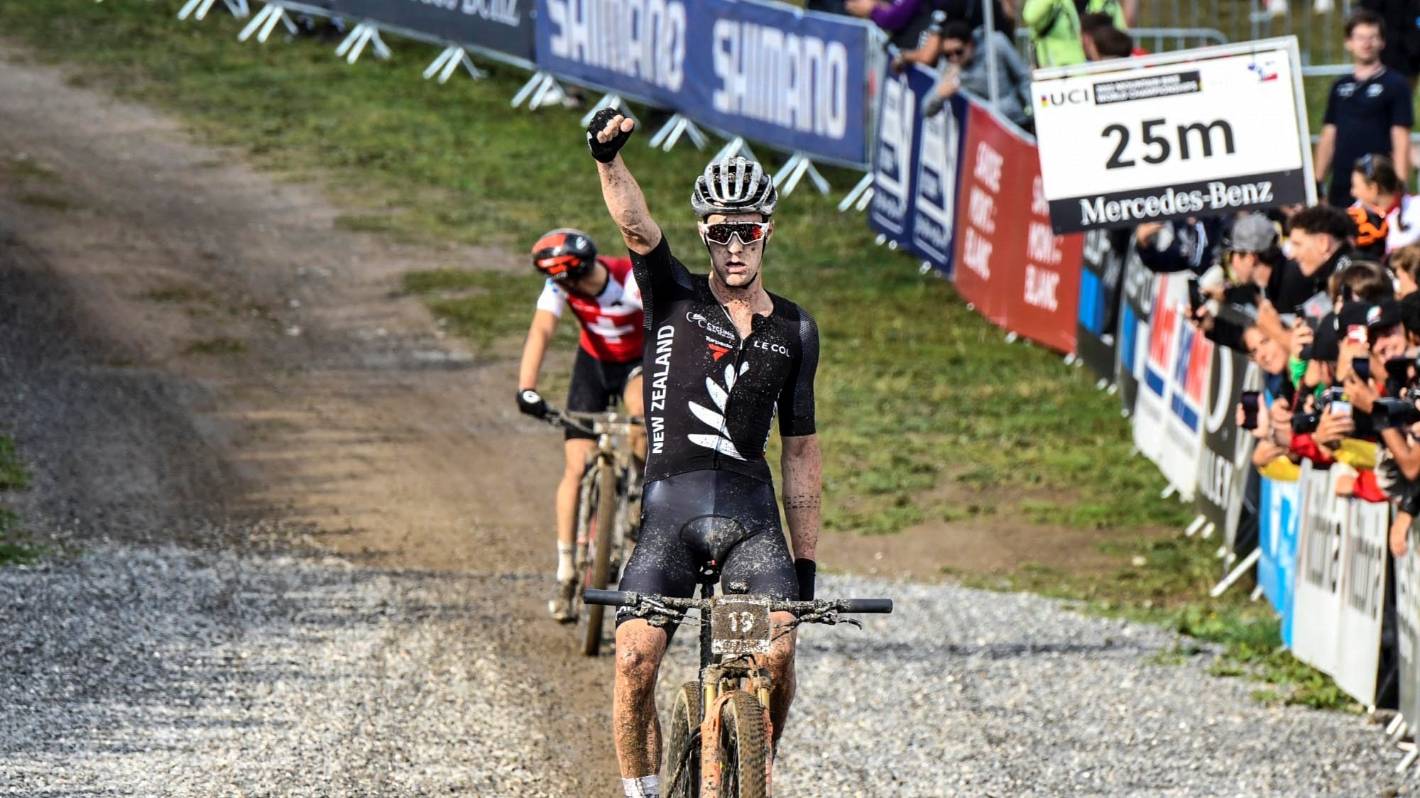 Commonwealth Games champion Sam Gaze was being treated for a potential shoulder injury after crashing at the UCI Mountain Bike World Championships in France.

The new short course world champion crashed out on the second lap of the elite men’s 24km cross-country race in Les Gets on Sunday (Monday New Zealand time).

Gaze, 26, had made a superb start from the fifth row to move into the top 10.

He disconnected during a jump and landed awkwardly, requiring doctors to assess his shoulder.

Cooper, who was compromised in his preparation with a Covid fight that ruled him out of the Commonwealth Games in Birmingham, braved it to finish 33rd.

While he put in consistent lap times on the demanding Les Gets course, he lacked his usual spark after getting back on his bike just three weeks ago.

Swiss superstar Nino Schurter claimed his 10th world title with a brilliant performance, on a course where he won his junior world championship in 2004 and became the oldest winner at 36 on Sunday.

Another veteran, France’s Pauline Ferrand Prévot, added a fourth elite individual cross-country title in the women’s race, her second rainbow jersey of the week after winning the short course crown. It also adds to his victory at the UCI road racing world championships in 2014 and the world victory in cyclocross in 2015.

Rotorua’s Ruby Ryan led the New Zealand Under-23 riders to 32nd in the women’s race, with Cameron Jones the best of the Under-23 men.

There is no respite for the riders, who travel to Val di Sol in Italy this week for the final round of the World Cup season.

'I thought taking a loan to invest in crypto was a good move. Then I lost most of it'