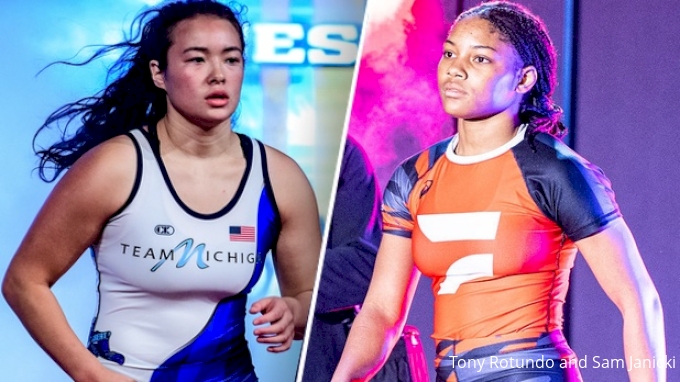 If you believe in fate, then this Who’s Number One match was meant to happen. Not only is this a rematch of the U17 National Finals, this fight also includes two-time Fargo winners at 152lbs each from the past two years.

Jasmine Robinson won the 16U and Junior Nationals in 2021.

Mishell Rebisch won the 16U and Junior National Championships in 2022.

Robinson has the advantage after picking up an 8-3 victory and a fall over Rebisch in the U17 National Final, but this match should be fun to watch – especially as Rebisch is looking for revenge and Robinson wants to win a WNO victory after falling to Destiny Rodríguez last year.

The two will meet at Who’s Number One in Ann Arbor, Michigan on September 9.

Rebisch, a junior, should have local support after moving from Alaska to Romeo, Michigan, last year. She won a Michigan State title in 2022 before winning the Pan Am Championships in June.

Also a junior, Robinson represented the United States at the 2022 U17 World Championships and is a two-time Texas state champion. She was named Outstanding Wrestler at the 2021 16U and Junior Nationals.

Learn more about Jasmine Robinson during her Women’s Spotlight interview

Mishell Rebish was a two-time Fargo Champion this year