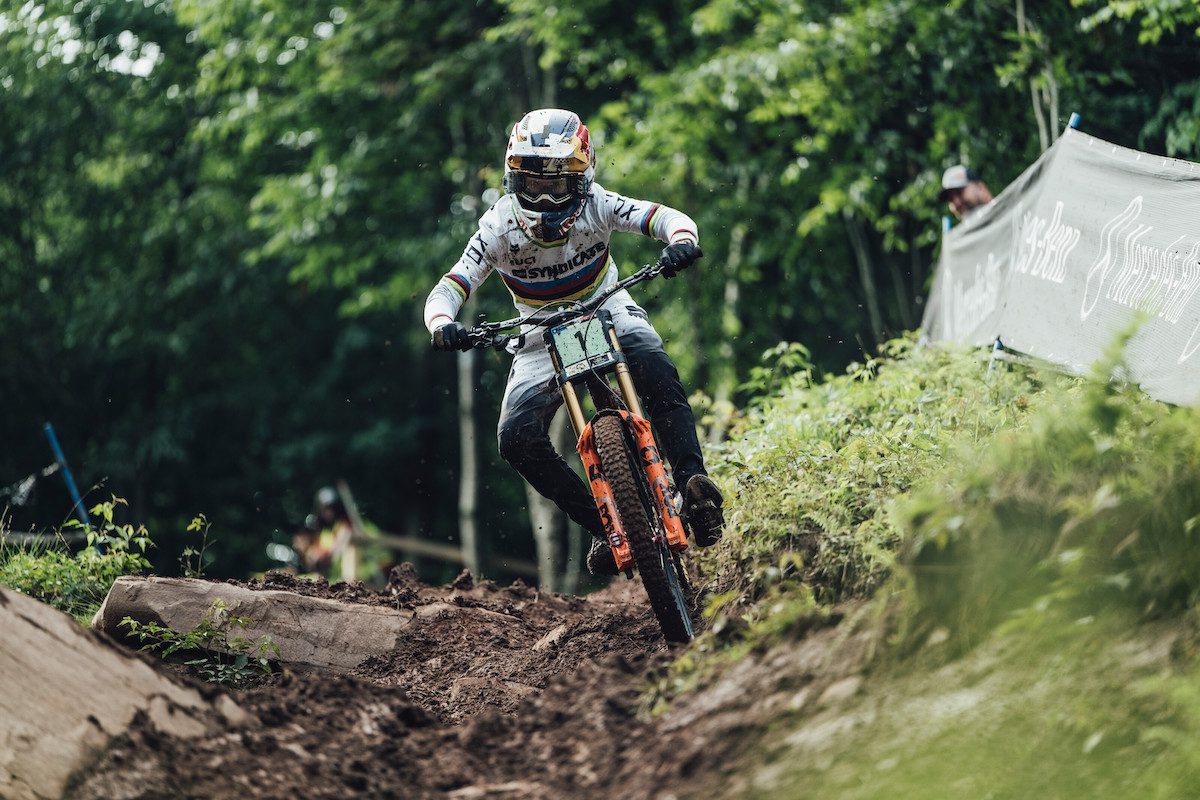 Canada’s junior downhill program continued its stellar season with a host of big results at home to Mont-Sainte-Anne on Saturday. Jackson Goldstone continued his winning streak with four straight World Cup victories. Bodhi Kuhn and Gracey Hemstreet added podiums with six Canadians finishing in the top 10 at the MSA.

Jackson Golstone (Syndicate) bounced back from an uneven qualifying run to claim another World Cup victory, this time on home soil in Canada. This is the first opportunity for any Canadian junior to race at the local track, and the Syndicate racer wasn’t going to waste it. Goldstone finished 3,800 seconds ahead of runner-up Jordan Williams (Madison Saracen).

With this victory, Goldstone’s fifth victory in the World Cup this year and the fourth in a row, the Canadian takes the lead in the general classification of the season. He now has 400 points against 326 for Williams.

Bodhi Kuhn continued his excellent season by claiming his first podium in the Junior Men‘s World Cup. Kuhn finished third, joining Goldstone on the podium with his final time of 4:20.302.

Joy Attalla (Dunbar) of Fernie, BC finished seventh, her best result this season.

Hemstreet still leads the junior women’s standings. With one lap to go, the Canadian has 380 points to Gale’s 355.