A thug of the moment fights with the 16-year-old Junior Jiu-Jitsu World Champion, who then knocks the attacker down and holds him down

By Arthur Parashar for Mailonline

This is the moment a thug’s violent attack on a 16-year-old boy completely backfired after the teenager turned out to be a junior world martial arts champion.

Briggs appeared at Teesside Magistrates’ Court on Friday, where he pleaded guilty to unintentionally inflicting GBH for the attack which left Alex needing six stitches in hospital for his injuries.

The 35-year-old from Middlesbrough has been released on unconditional bail until October 11.

The aggressive thug, who bit off a piece of the boy’s ear, launched an attack on the teenager, shouting: ‘I’m going to smash your head in’ and ‘I’m going to stab you in the driveway’.

But what Briggs didn’t realize was that the youngster was a multiple Brazilian Jiu-Jitsu junior world champion.

Video footage shows the moment Briggs approaches the teenager sitting on a high street bench with a friend.

Briggs tries to grab him, but extraordinary footage captures the moment Alex goes into defense mode and appears to lift the man – more than twice his age – and flip him to the ground as he holds him down.

It was then that then 16-year-old Brazilian Jiu-Jitsu junior world champion Alex Williams knocked down 35-year-old Stuart Briggs, who had attacked him while he was sitting on a bench. 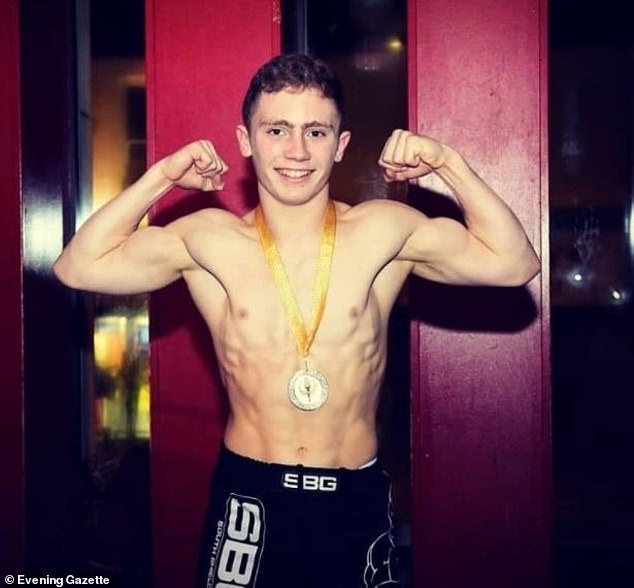 Alex, a student from Redcar, North Yorkshire, is a multiple Jiu-Jitsu world champion

The assailant is able to briefly escape as Alex tries to get away from the situation, but he keeps coming back to the 16-year-old.

The teenager pulls some personal effects from his pockets as the two men face each other under the gaze of passers-by.

As the couple cling to the ground, a man appears to approach them to help break things up.

Speaking about the attack on September 14 last year, Alex from Redcar, North Yorkshire, previously told Teesside Live: “As he closed in on me I saw an opportunity to defend and fight back , so I grabbed it.” 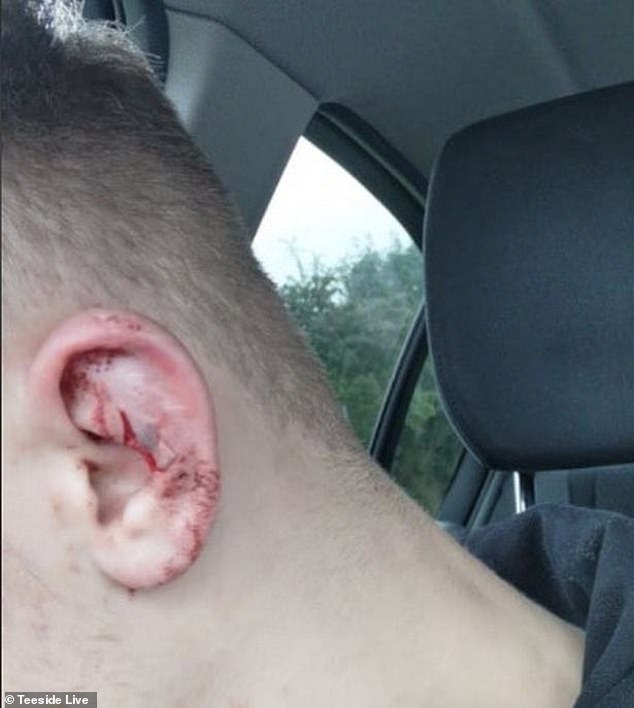 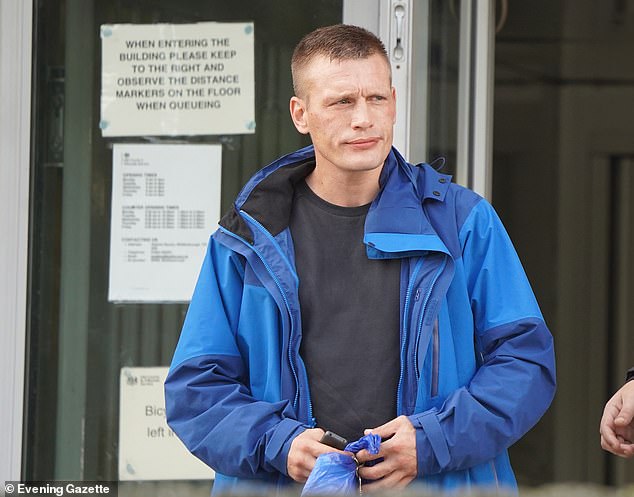 “When the fight or flight starts you have to choose one or the other and I chose to fight back and I was focused.

“Obviously I was worried in case he had a knife on him because he threatened to stab me, but in situations like this it’s about surviving and I was luckily ready for him.

“I thought after I took him down the first time he would be gone, but he came back for more so I kept trying to hold him down without hitting him.

“I was in a sitting position and the movement came naturally to me because I practiced it a thousand times in training. My main objective was to defuse the situation safely.

“There was blood everywhere and I realized he bit off a piece of my ear,” Alex added.

Eventually Briggs walked away and the Prior Pursglove College student called the police.